Sellers tried to get $4,065,000 in 2015 and after 312 days on market, this landmarked home has a deal. Originally built as a wedding present for Thomas Mead. It will be interesting to see if it was an end user buyer or a builder who would have the ability to build up to approximately 9000 SF.

New construction, the original asking price was $5,495,000 for 7600SF 6/6 on 4 acres. 260 days on market, but they began marketing the new construction before completion.

This property had been on the market for over a million at 2014. This listing expired at $925,000. Changing realtors may have been the reason that the property showed more as the single family home that it was intended to be, rather than a boarding house which is how I saw it during a broker tour... 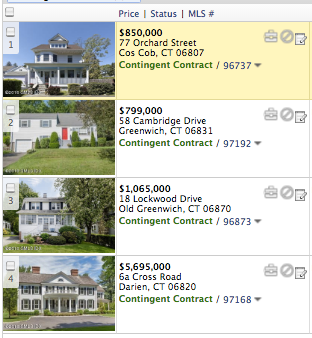