"BRANFORD, Conn. (AP) — A new reality show is being filmed on one of Connecticut's tiny Thimble Islands.
WNPR radio reports that A&E is filming a show called "Love Prison" on Beldon Island, one of 300 small islands off the coast of Branford. Beldon Island has just one house on just over an acre of land in Long Island Sound.
Producers of the show say that house will be home to a social experiment involving couples who have an online relationship, but have never before met in person. They will spend a week together on the island.
The network says 10 episodes of the show are set to air beginning in August.
The island is listed for sale, with an asking price of just under $4 million."

And our British Friends have the real estate story and they boldly claim that it may be where Captain Kid has hidden treasures....


"Buy a Connecticut private island for $4m... find your own treasure! Tiny property in chain where Captain Kidd's fortune is rumored to be buried goes on sale" 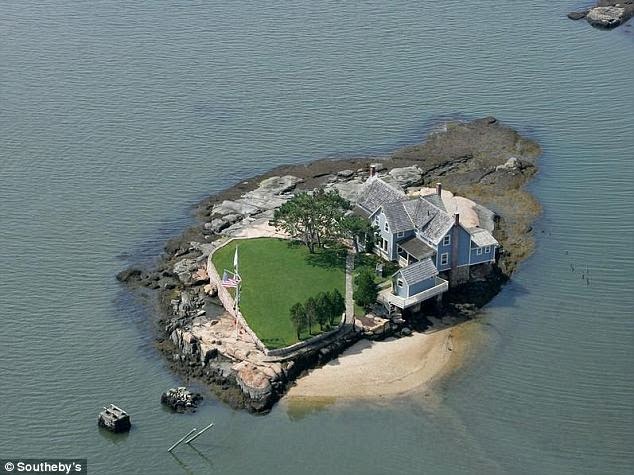