December 06, 2010
The Irish Times reported that developer Sean Dunne's renovations have come to a halt, due to the fact that the construction is exceeding the permitted FAR, and most of the original building was demolished (without a demolition permit). This last fact caused neighbors to alert the town that things were perhpas not going according to original plan.
According to the assessor's office, Philip Teplen bought 38 Bush Avenue for $2M, and is the trustee - and only his name appears on planning documents. It had been on the market for over 1 year, and was last listed at $2.8M - a bargain ny Belle Haven standards. 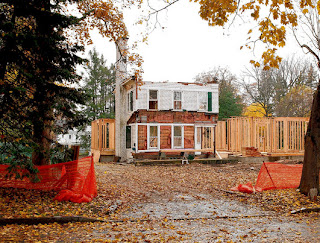 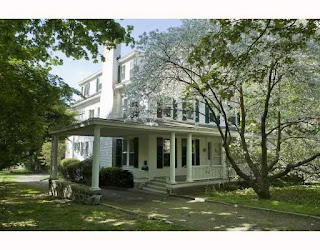 38 Bush as it was
This according to the Irish Times:
"Nicknamed the “squire of Ballsbridge”, Dunne paid €53.7 million an acre for the Jurys site in Dublin 4 in 2005, and paid €207 million for the front blocks of AIB Bankcentre a year later. These and other investments are now worth a fraction of what he paid for them."
First glance, is that if squares the construction and permits away in Belle Haven, this real estate investment should be one of his better ones.