Did someone not get paid? They'll drink to that!

According to the Wilton, CT police,  sometime between 5:30 p.m. on Nov. 26 and 7:30 a.m. the next morning, vandals gained access to a home at 32 Charter Oak Dr., Wilton, CT and ruined a large portion of the expensive renovations being done on the property. One of the contractors working on the project estimated the damage around $60,000. 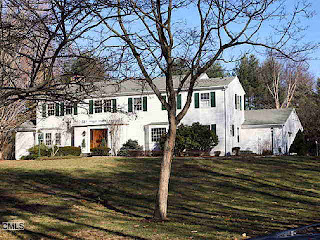 "The owners had moved out and are living elsewhere," Lieutenant Don Wakeman said. "But in the meantime, these [unknown individuals] caused a tremendous amount of damage."
Because of the work being conducted on the property, the residence was unlocked during the night it was burglarized. Wakeman said much of the damage was done to items that had already be renovated, which included: holes punched in the new sheetrock, a chandelier, a mirror and numerous lighting fixtures shattered, two custom windows and two custom doors destroyed with rocks, two exterior lights destroyed with rocks, and patio furniture thrown onto a swimming pool cover. The vandals also stole a bottle of Chivas Regal and a bottle of Patron Silver Tequila from a downstairs liquor storage area. The Wilton Patch
At present, police have no leads in the case though it remains open, but surely there must have been at least (2) vandals - Tequilla and Scotch drinkers have distinct preferences :-)