Working the system - One woman's quest to get downpayment $ for a home!

November 02, 2010
Shame that the rarity of a Presidential signature creates the value - otherwise, there may have been a solution to the housing market...read on and VOTE today!


A struggling mom who wrote to President Obama about her financial hardship and received a handwritten response from him saying, "Things will get better!," has had to sell the letter to an autograph dealer to help pay for a house.

Jennifer Cline, 28, from Monroe, Mich., wrote to Obama describing how she and her husband had lost their jobs in 2007. She wrote, "I lost my job, my health benefits and my self-worth in a matter of five days."

Then she was diagnosed with two types of skin cancer, and she had no health insurance. She signed up for Medicaid, and treatment was successful. She went back to college after her unemployment benefit was extended. She added, "In just a couple of years we will be in a great spot." 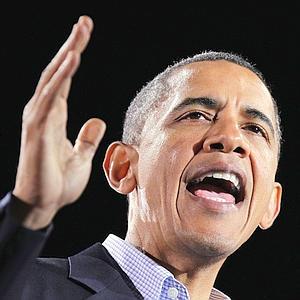 Obama was shown the letter by an aide on Jan. 8. He wrote back on a White House-headed card he signed: "Thanks for the very kind and inspiring letter. I know times are tough, but knowing there are folks out there like you and your husband gives me confidence that things will keep getting better!"

But things didn't immediately improve for Cline, who's now agreed to sell the letter to autograph dealer Gary Zimet for $7,000. He tells us, "The letter is a historical document, and it is very hard for her to part with it. It's very timely considering the elections. But I don't think she's disillusioned with Obama -- this is just about surviving and practicality. She is selling it to pay for a house, which I think is poetic justice."

Zimet plans to sell it on his Web site, momentsintime.com. He noted, "Handwritten letters of any sitting president on White House letterhead are extremely rare. It is certainly worth more than I am paying for it." Zimet, who took possession of the letter on Saturday, added she was "selling the letter for a down payment on a house and to pay off medical bills from her cancer treatment." Cline and the White House did not get back to us.