November 15, 2010
There are 3 active listings in New Canaan that are over 12,000 square feet and my initial curiosity was  to look for comps was prompted by a somewhat famed listing - a home owned by the founder of JetBlue airlines - David Neeleman. With 3.4 acres and a home that was designed distinctly with their "taste" (they did not want a me too house) I pondered what other 12,000+ square foot New Canaan homes would rival this one.... 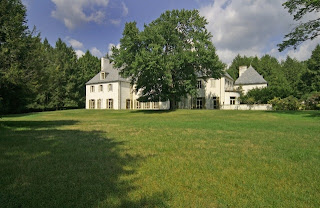 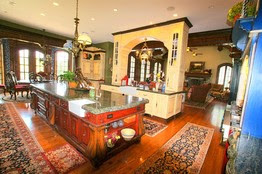 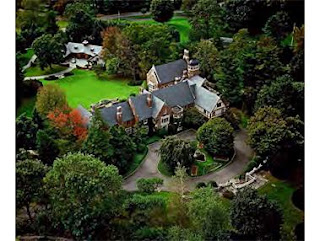 Below Assessment
They are all relatively comparable in terms of square footage, number of beds/baths/outbuildings, taxes etc. but this one stands out as the mystery mansion....


104 Dan's Highway - Huguette M. Clark is 104 years old, and living in NYC in Beth Israel Hospital, has no known will or heirs, divorced in 1930 with no children and daughter of colorful former senator William Andrews Clark, who made his fortune in copper (that is a story with a life of it's own) and owns another huge home on 23 acres including waterfront Santa Barbara, CA valued at $100M, and has never lived in the New Canaan home. It has been unoccupied since 1951. She also owns a massive apartment in New York at 907 Fifth Avenue, said to be the largest apartment on 5th overlooking Central Park - 42 rooms, 2 floors and 15,000 square feet, valued at approximately $100 million.According to tax records, the New Canaan mansion's owner resides at 355 Lexington Ave #1400, New York, NY. The attorney's address is 1 Lexington Ave, White Plains, NY. Who really lives at 355 Lex?

There are 3 distant relatives who are petitioning to gain control of her estate: Ian Devine, half nephew, Carla Hall Friedman, half niece and Karine Albert McCall, half niece (all descendants form her father's first marriage) claiming mismanagement as well as concern for the welfare of Ms. Clark. For the last 10 years, Ms. Clark's estate has been managed by her attorney Wally Bock of Collier, Halpern, Newburg, Noletti & Bock LLP in New York, and Irving H. Kamsler, an accountant who resides in Riverdale NY.

Bock solicited and received from Ms. Clark a check for $1.5 million to build a bomb shelter for a settlement in Israel where Bock's daughter and her family live.

In addition, Bock sold  a Stradivarius violon for $6M that Huguette's mother gave to her for her 50th birthday, according to the dealer who handled the sale. The buyer signed a confidentiality agreemnt when Clark was  95 years old, agreeing not to disclose who sold the violin for at least 10 years.  A Renoir painting was also sold for $23.5 million.

In 2008 Kamsler pleaded guilty to a felony charge of attempted dissemination of indecent material to minors. He was accused of luring female minors on the internet, by "sending them pornography and describing touching their private areas" (according to the petition) and had his wrists slapped with a $5000 fine and 5 years probation.

This dynamic duo also permitted 4 tax liens to be recorded against Ms.Clark's properties, including 2 leans of over $1 million each. All liens were removed when the delinquent taxes were paid within the year. These evil twins also own real estate together, including a New York co-op that was signed over to them by an elderly client WHO WAS MS.CLARK'S FORMER ATTORNEY. After his will was revised 6 times, they each also received $100K and his Mercedes.

According to the legal petition filed on September 3 2010, if Ms Clark dies intestate, there are approximately 21 potential distributees.

The court usually would call for a hearing within 28 days. In this case, the relatives also asked for a temporary restraining order to keep Bock and Kamsler away, so a hearing may come soon....

On the edge of my seat... there should be news soon.